Disease, competition for food and habitat and predation are some of the main ways that our iconic native wildlife is being harmed by invasive species.

Red squirrel populations have fallen by 96% since the introduction of grey squirrels in 1876, water-voles have disappeared from 94% of their range, and earthworms have fallen by a fifth in some areas due to carnivorous foreign flatworms.

Invasive species (in addition to Ash dieback) that are already established in the UK via plant or soil imports, and are causing damage to UK wildlife and the economy, include:

Other plant and soil hitchhiker species which are an imminent threat for the UK, include:

Horticulture is a key avenue of concern when it comes to the introduction of invasive species to the UK.  While not responsible for all species arriving, preventing new soil and plant hitchhikers such as fungi, flatworms, ants and slugs would significantly help in protecting our native wildlife. The fungus causing Ash dieback, for example, is a rapid-spreading and high profile invasive species, which has caused great public concern. An estimated 80% of UK Ash trees are set to die.

This has prompted Government to take action in a pilot scheme that aims to combat the ever increasing threat from pest and diseases, including preventing similar invasive fungi attacking our trees. From June 2022, all trees funded under Government tree-planting schemes will be required to meet new biosecurity requirements. This means applicants for the England Woodland Creation Offer and the Future Farming Tree Health Pilot must source their trees from suppliers who are either accredited under the Plant Healthy Certification Scheme or who have passed a Ready to Plant assessment. However, experts are warning Government needs to go further to protect native trees and other wildlife, by:

“Invasive species are one of the top threats to wildlife. They’re also bad for business, affecting fishing, farming and leisure industries alike. Here in the UK some of our most cherished species, from red squirrels to juniper trees, are suffering huge declines as they face disease, predation and competition from invasive species.

“Prevention is better than cure so it’s important to stop further invasive species before they gain a foothold. Improved biosecurity measures are vital to prevent harmful species from hitching a hidden lift into the country in plants, trees and soil.”

“From carnivorous flatworms to tree-damaging moths, species hidden in imported soils, plants and timber can have a huge impact on UK wildlife. By buying home-grown British plants you can help to prevent invasive species reaching your garden and our countryside.

“While these species may be harmless in their native environments they can wreak havoc here, which is why we need much stricter controls on soil and plant imports and to boost home-grown plant production. Until there is a proven way to sterilise pot plants the Government must take effective action to only import bare-root plants and must ensure all soil & timber imports are sterilised.“

“Non-native species impacts are one of the five main drivers of nature loss in the UK and round the world. Awareness of the issue is not always as high as it might be - yet there are simple things that people can do to help. Avoiding imported garden plants and compost (and using peat free, of course) is one. But we also need the Government to drive change in the horticulture industry to help stop invasive hitchhikers. We must move our reliance away from imported plants, and deliver extra checks and balances to stop more damaging species arriving on our shores.”

Ash dieback and similar fungi are receiving Government attention due to their highly visible and rapid impact. But other invasive species are causing severe, though less obvious harm, and need to be tackled decisively to prevent further wide-scale nature-loss and economic costs. Action on plant imports could stop multiple new invasive species establishing in Britain, preventing further wildlife decline and helping to stop the estimated £2.2billion annual cost to the economy of invasive species damage soaring further. 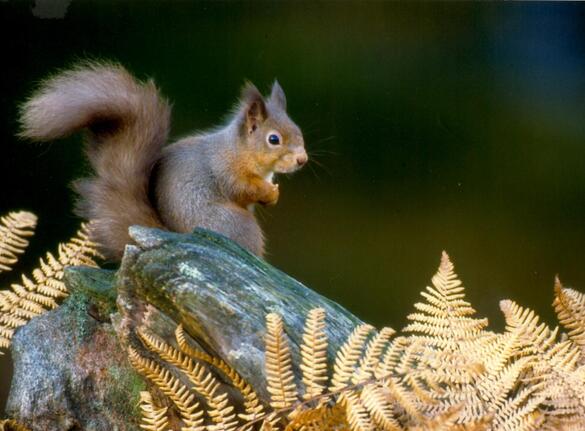