2021 Badger Cull Will be the Largest Yet

Badger culling is to be extended to seven new areas in England, including the South, this year to tackle bovine TB in cattle.

The latest release of badger cull licences marks an increase in the kill rate and an expansion of the cull area in England, with a maximum kill quota stated as 75,930 across both the supplementary and intensive licences issued for 2021. Seven new intensive licences including Staffordshire, Worcestershire, Oxfordshire and two parts of Shropshire  have been announced, with three of those solely concentrating on new counties to the cull map – Hampshire, Berkshire and Worcestershire.

The badger cull has sparked strong opposition from animal welfare campaigners and with very reasonable merit:

The badger cull year has two licence issue points: in May 'supplementary’ licences are issued to continue killing badgers at a lower rate in areas where an ‘intensive’ licence has already been in place for at least four years; in September ‘intensive’ licences are issued for new areas to undertake mass killing of badgers, and are valid for four years from point of issue. The new licences issued will run from August 2021 until 31st January 2025

The Government confirmed its latest road map for the eradication of bovine tuberculosis (bTB), a cattle disease, in May 2021. Believed to be spun as ‘ending cull licences in 2022’, this was interpreted as a policy change and the cull coming to an end. However, challenges from animal welfare groups including the Badger Trust said that this was nothing of the sort and that licences issued in 2022 allowed culling to continue to 2025, The publication of seven new licences by Natural England, the government agency responsible for licensing cull operations, in addition to those already in play, has confirmed this reality.

Under the cull licences badgers will either be cage trapped and then shot, or ‘controlled shooting’ will be allowed on free running badgers. Since the cull started in 2013, the numbers of badgers shot whilst free running has increased from around half to just over 75% of all kills. Badger Trust is horrified that not only are the numbers of badgers being killed increasing, but more and more are subject to a death likely to be inhumane, and involve immense suffering. Even in 2015 the British Veterinary Association (BVA) called for the use of cage trapping only, as free shooting had not been demonstrated in the trials to be able to be carried out effectively and humanely based on the criteria set.

There is still a lack of evidence that killing badgers reduces the spread of bovine TB in cattle and a report by Derbyshire Wildlife Trust last year suggested the evidence used is flawed and inaccurate.

“The main cause of bovine TB is from cattle-to-cattle transmission. Badgers are not the main culprit yet thousands are killed every year. For years, The Wildlife Trusts have been at the forefront of vaccinating badgers. It is now time for Government to step up its commitment and implement a badger vaccination strategy alongside the deployment of a vaccination for cattle against the disease."

Without switching focus to the cattle-to-cattle transmission of bTB, rather than blaming badgers, there is little to celebrate in this latest policy move. Sadly badgers continue to be the scapegoat for a failed approach to controlling bTB, and the slaughter continues early when the cull starts once more.'

For further information about the Badger Cull: 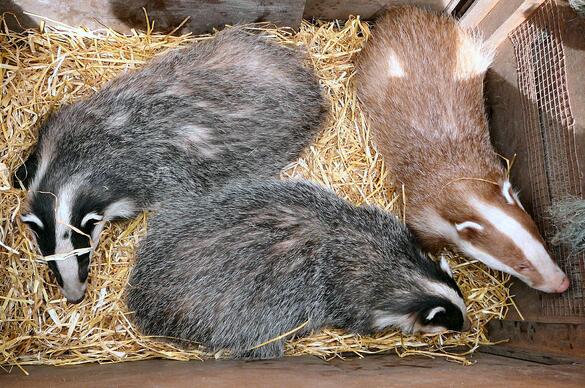