Existing National Parks, Areas of Outstanding Natural Beauty (AONB) and other protected areas already comprise approximately 26% of land in England. An additional 4% – over 400,000 hectares, the size of the Lake District and South Downs national parks combined – will be protected to support the recovery of nature.

The announcement came as the Prime Minister signed the Leaders Pledge for Nature at a virtual United Nations event, committing to put nature and biodiversity on a road to recovery by 2030.

This could be the opportunity to protect the last remnants of natural and semi-natural habitat in England as well as the restoration of degraded ecosystems that are most vulnerable and important for wildlife and people and our commitments to climate change.

Getting this right is critical for the survival and recovery of vulnerable species that have been in decline for decades.   Biodiversity loss has been devastating with a 70% decline in global biodiversity since 1970 alone.

The Government however has underestimated the effort required to deliver 30%
effectively. The Government has suggested that 26% of land in England is already protected for nature. However, the majority of this area is not specifically designated for nature’s protection. Even where there are environmental designations in place, this includes many poorly-managed sites that are not in a good condition for nature and have not been monitored for years.

The true area that is currently protected and well-managed for nature in England is much lower. Just 8% of land is statutorily designated specifically for nature’s protection, of which less than 40% is in favourable condition. In other words, approximately 3% of land could reliably be said to be specifically protected for nature, rather than the 26% suggested by Government.
Nevertheless, with targeted reform of existing designations and a programme of identifying and
protecting new sites, the 30% target in England could be achievable by 2030:

Showing that it can be done in a way that supports a nature-positive economy would
be a powerful contribution to global diplomacy, as the UN considers adopting targets to protect 30% of the land and sea by 2030 at the Convention on Biological Diversity throughout May this year. https://www.cbd.int/

The UK has played a key role in negotiating the Pledge, alongside partners such as Costa Rica and the EU, and is now driving the campaign to bring other countries on board. The government has already led, since 2019, the Global Ocean Alliance promoting a target to protect 30% of the ocean by 2030. The Alliance now has over 30 countries invested in commitment. 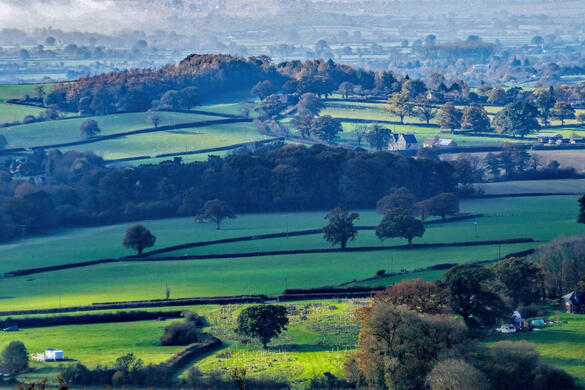