Government is phasing out the badger cull

Earlier this month Government ministers announced that the controversial cull of badgers across England will be phased out in the next few years with vaccination of the animals being increased instead.

The Badger cull is intended to cut tuberculosis in cattle and since its inception in 2013 at least 100,000 badgers have been killed.TB in cattle is a severe problem for farmers and taxpayers, leading to the compulsory slaughter of 30,000 cattle and a cost of £150m every year.

It was an independent review, back in 2018, of the government’s policies for eradicating bovine TB (bTB) by 2038 found that frequent trading of cattle and poor biosecurity on farms was severely hampering efforts to tackle the crisis. The review concluded that it was highly desirable to move from culling to vaccination of badgers.

Ministers responded saying: “The government envisages that the current intensive culling policy would begin to be phased out in the next few years, gradually replaced by government-supported badger vaccination and surveillance.”

In addition to “incentivising the uptake of effective biosecurity measures and managing the bTB risks posed by cattle movements to reduce the risk of spread within and between farms”.

This has to be welcomed since scientists have long ardued that tightening rules on cattle movement are central to tackling bTB, particularly as the diagnostic test can fail to identify infections.

Ministers said they would back work on a better test and accelerate research to develop a deployable cattle bTB vaccine within the next five years. Past cattle vaccines have not allowed vets to differentiate between infected animals and those than have been inoculated, but new research at the UK’s Animal and Plant Health Agency may have overcome this obstacle.

“Overall, this is a seismic shift in an area of government policy which has been highly controversial for many years,” said Prof Rosie Woodroffe at the Zoological Society of London. “The response rightly highlights cattle-based measures. This focus is appropriate, because the best estimates show that most cattle herds that acquire TB are infected by other cattle herds.”

Woodroffe said bTB had to be controlled in badgers if the disease was to be completely eradicated. But she said: “Vaccination is the most promising option because, unlike culling, it has the potential to eradicate TB from badgers, as well as being cheaper, more humane, and more environmentally friendly.” She said a phased transition from culling to vaccination was sensible as it would take time to train vaccinators.

Dominic Dyer, the head of the Badger Trust, said the government’s new approach was groundbreaking: “The government has concluded that the mass indiscriminate slaughter of badgers, an iconic British wildlife species, will not provide a long-term solution to reducing bovine TB in cattle.

The government has finally come up with a long-term exit strategy from badger culling based on cattle-based control measures and TB vaccination in both badgers and cattle. This is better for taxpayers, farmers and the future of our wildlife.”

The government said: “Culling would remain an option where epidemiological assessment indicates it is needed.”

However, the authors of the study noted that changes to how the cull was conducted over time “in response to political climate” made the analysis challenging.

Woodroffe said the data analysed had come from the first two cull areas, but one of those areas recorded a spike in bTB the year after the analysis ended. Furthermore, she said, a third area showed evidence of increased cattle TB. 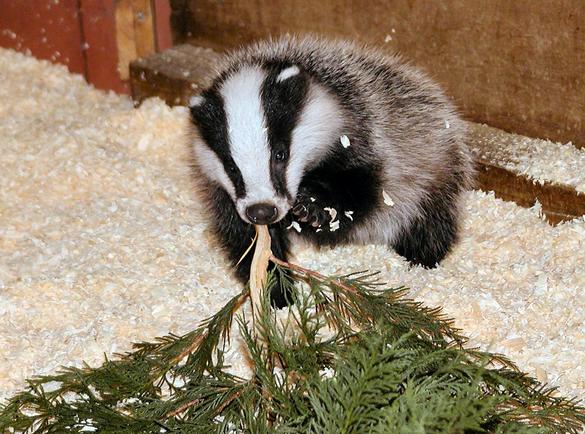