Is it time to close down the zoos?

"The day of the zoo is over" claim critics who view wildlife parks and animal collections as anachronisms that should be phased out of existence over the coming 25 years.

Yet zoos are a huge part of British culture. Appoximately 30 million visits are made to animal collections every year, according to the British and Irish Association of Zoos and Aquariums. Some animal collections are small and isolated – and occasionally fall foul for their mistreatment of animals. On the other hand, larger institutions, such as London or Chester zoos – are well-run and justify their existence: education, research and conservation.

According to this argument, revealing the wonders of our planet’s wildlife to the public, and investigating the biology of these animals in order to help them return to nature provide zoos with valid reason to exist. In a world beset by climate change, habitat degradation and increasing human population, zoos provide protection for the world’s endangered species.

Is there any justification for keeping wild animals in captivity? Are zoos good for the planet’s threatened creatures – or are they relics of past attitudes to wildlife?

One argument is that zoos educate visitors, particularly younger ones, about the wonders of the planet’s wildlife. But others disagree suggesting that people get more from a TV nature documentary than they will ever get from seeing animals in zoos. In captivity a wild animal is out of its natural environment and probably in an unnatural social grouping. Are television or the internet much better resources for understanding animals than a zoo?

Consider “David Attenborough’s programmes - are these far more educational than a day trip to a zoo. They are composed of stunning material -dramatic close ups - they are exhilirating and informative and surely ideal media for getting people hooked.

But Attenborough flatly disagrees and is emphatic that his documentaries cannot compare to seeing the real thing. "Only the sight of a creature in the flesh can give us a true understanding of its nature", he says. “People ought to be able to see what an animal looks like. And smells like. And sounds like. I think that is quite important. Actually, very important.”

Education certainly justifies a well-run zoo’s existence, he insists. On the other hand, Attenborough acknowledges that some animals fare better than others in zoos. “Modern aquariums are particularly successful, with their vast ceiling-high tanks in which you can see whole communities of different species of fish living together.

But what about the larger raptors and mammals? Should they be kept in zoo's?  Perhaps if they are facing extinction which some are. Breeding programmes and re-introductions of animals and raptors on the verge of extinction are surely incredibly important?

We know that there have been some hugely succesful zoo based re-introductions : The Maurituis Kestrel, the European Bison, the Californian Condor and even the tiny Partula Snail. However, zoo opponents argue that these reintroductions remain infrequent and do not justify the keeping of other, unthreatened species. However studies suggest that zoos in England and Wales contribute only a small percentage of their animals being endangered species, and only about 15% are threatened. So are they there just to provide piblic entertainment?

It is suggested that many large mammals kept in zoos – lions, elephants, and rhinos, for example – are inbred or diseased or have the wrong genetic profiles to reintroduce to the wild, where they could further weaken wild populations already struggling to survive. Though many ‘wild’ areas are no longer viable habitats – and reintroduction is much more complicated than people might realise. Many of the world’s most threatened species are living in habitats degraded by agriculture, threatened by disease or hemmed into tiny areas with no way of reaching potential mates without coming into conflict with humans.

But the idea of closing zoos to boost funds for conservation ought to be challenged since the money raised from paying visitors contributes significantly to conservation in the field. If the doors were simply closed funding for field conservation projects woudl just halt. Nor is it merely money for conservation work that makes zoos important, say supporters. Expertise built up in zoos is also crucial. Over the past few years, wild vulture populations in India and Nepal have crashed from about 40 million to a few thousand because of the use of diclofenac, a livestock anti-inflammatory drug that is highly poisonous to vultures who eat their carcasses. Those conservationists working with these problems have built up an expertise and vital specialist set of skills.

But what about the efforts and other attempts at conservation in the future? They may prove futile in a world challenged by climate change, habitat loss and swelling population growth numbers of humans, Has the damage been done especially to the sub-species already facing a high level risk of extinction?

The view is do zoo's stil have a role to play? 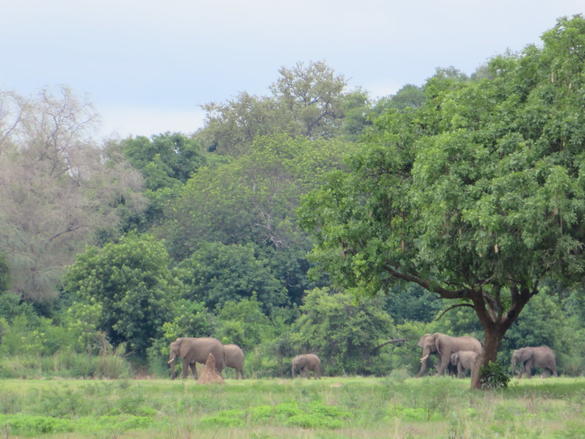