In the days after this post was published we received an email from our local M.P.  Some satisfactory news was recieved acknowledging that the NWCU is to remain operational for at least another 12 months.

Thank you for supporting the campaigns to keep the NWCU operational.  There is someway to go though as closure of the Unit remains a real threat.  We urge you to maintain your support.

We urge you to contact your local M.P. and urge them to save the National Wildlife Crime Unit (NWCU).

We need them to demand that the Department for the Environment, Food and Rural Affairs (Defra) and the Home Office continue to fund the NWCU.

Wildlife crime is happening today across the UK with wild animals being harmed and persecuted. The NWCU is absolutely critical to combat against wildlife criminals. Without them, wild animals will be at a much greater risk of suffering cruelty.

Here at WildAid we have experienced many innocent victims of wildlife crime and the impact is abhorrent. We can't urge you enough to make contact with your local M.P. to demonstrate your support for the NWCU.

There are many different types of wildlife crime:

Poaching: Includes deer, fish, hares. Animals are usually killed with firearms or the use of dogs. Animals can be killed for food, but more commonly for selling on for a profit.

Coursing: Deer and hare coursing are common forms of wildlife crime often causing considerable animal cruelty. Dogs are used to chase down animals and kill them for sport. The spectacle is often watched for pleasure and can attract illegal gambling, where money is placed on the best dogs who take the longest to kill the animal.

Trade in endangered species: Thousands of species of animals and plants are protected under the CITES convention. It is illegal to trade live wild animals or their products and parts such as illegal ivory, rhino horn, skins or traditional medicines under this protection without a licence.

Badger persecution: Badgers are often a victim of persecution. This can vary from landowners interfering with a badger sett by blocking entrances or gassing the animals in order to clear the area, to criminals deliberately setting dogs on the animals for sport – badger baiting.

Bat persecution: It is an offence of strict liability to damage or destroy a bat roost or resting site without a mitigation licence. Intent or recklessness does not need to be proved.

Raptor persecution: Birds of prey are object are often persecuted in order to protect game bird populations. They can be deliberately trapped, or poisoned causing great suffering in the animals.

Freshwater pearl mussels: These are an endangered species only found in Scotland and parts of England. The penalties for killing, taking or injuring these mussels can be severe.

Theft or disturbance of wild birds, their eggs and/or nests: All British birds, their nests and eggs are protected by law. It is illegal to disturb birds during nesting season or take wild eggs from a nest, either for sale or as part of private collections.

Theft or disturbance of wild animals, plants or habitat: It is an offence to intentionally uproot any wild plant without the permission of the land owner and sell on those plants. It is also illegal to damage habitat or the animals within protected by law.

Animal cruelty: It is an offence to: mutilate, kick, beat, impale, stab, burn, stone, crush, drown, drag or asphyxiate any wild mammal with intent to cause unnecessary suffering. Lethal pest control can only be implemented with a licence and must not affect other animals.

Introduction of invasive species: It is illegal to dump unwanted invasive non-native species plants and animals into the environment. Some invasive species can be very damaging to our health and theirs as unwanted exotic pets rely on humans to.

Hunting with dogs: Certain forms of hunting of wild mammals with dogs is illegal as a result of Hunting Act, 2004.

The World Animal Protection Unit is a leading campaigner and you can support this campaign:  http://www.worldanimalprotection.org.uk 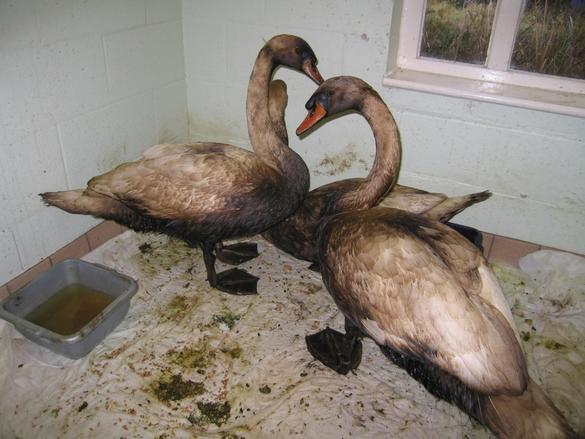